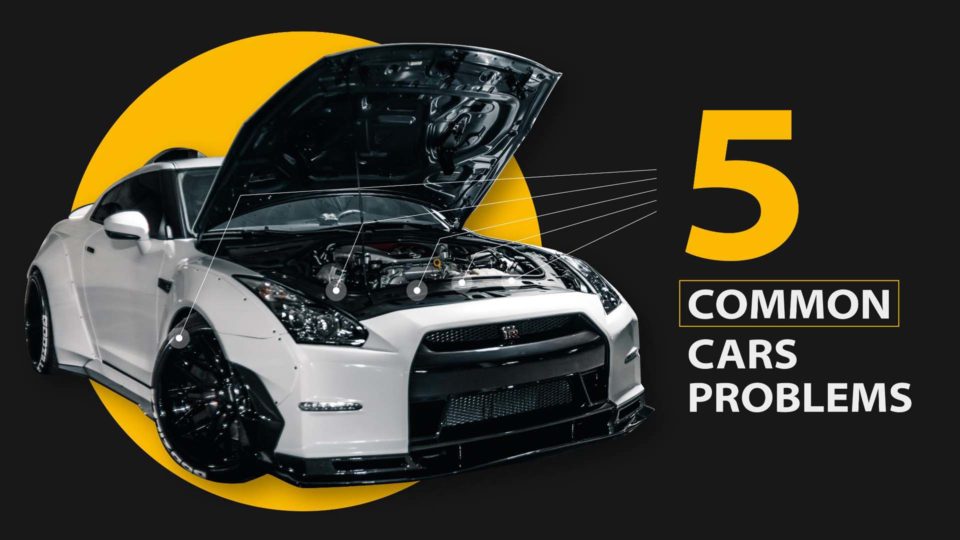 Learning to drive a car is relatively easy, it only takes a few days to do so. But it takes a lot of patience and practice to be a good driver.

Fortunately, you can get the experience you need by driving in everyday traffic. But if you want to be the kind of driver that not only drives responsibly but also maintains a good value of the car, you should be able to recognize the most common breakdowns.

Until now, the vast majority of drivers can’t recognize or deal with the five most common breakdowns in cars including battery, engine oil, coolant, wheels, and cylinder head gasket.

So here is a small list of common car problems that every driver should know:

Do you have trouble starting your car in the morning? Does it take time to restart even after a ride? This may be a battery problem. Either your battery is dead or simply discharged.

The battery is a reserve of electrical energy which allows the car to start by supplying its circuits with electricity.  Electricity is also used to power the engine’s ignition through spark plugs.

If your battery is dead, you won’t be able to start your car so you should try recharging it using battery cables plugged into another car’s battery. If that didn’t fix the problem, you will need to change the battery.

A leaking Cylinder Head Gasket is a very serious problem. If you don’t spot it in time, your entire engine will break down.

A failing cylinder head gasket causes a chain reaction, the most visible symptoms of which are:

It is necessary to cool the internal combustion engine during use as the enormous heat-up could damage other parts.

Normally, your car informs you when it is lacking through a diode on the dashboard. Always use an approved fluid and if you notice a drop too fast, then your cooling system is leaking.

The technique to determine where the leaks are consists of inserting pressurized air into the circuit and carrying out a visual inspection. Here are the different possible causes:

Repairing the coolant is a complex operation that requires good mechanical knowledge. This is why you should entrust your vehicle to a professional who will carry out the corresponding work.

Many drivers don’t know it, but sometimes a car is not tuned perfectly or gets messed up over time.

Often this results in a problem with the parallelism of the wheels. The car will tend to turn on its own in one direction without you touching the steering wheel. In this case, you have to go get it fixed as it can lead to serious accidents.

A lack of parallelism can be caused by:

To maintain properly aligned wheels, it is always advisable to handle your vehicle with the greatest possible care.

5. Problems with the Engine Oil

Engine oil helps lubricate the many moving parts of an engine. Without it, moving parts grind against each other causing damage that is often impossible to fix.

If a leak occurs, oil levels drop quickly, and the exhaust produces blue or black smoke, a sign of a problem!

You should always check that the oil is sufficient before hitting the road on a long journey. However, make sure you do that when the engine is cold, as boiling oil may splash your face.

All things considered, fix what is fixable. But when you feel like you are paying more and more on repairs, it’s better to sell the car and get a new one.

Who are the founders of Cryptocurrency?